Basketball fans in Sassari - Sardinia’s second largest city - were recently treated to a special halftime show. A group of nuns, monks and priests performed a routine to disco music while wearing traditional robes and habits. The group is on a tour of Italian discos and nightclubs to spread the message of Christianity to young people.
via MoonDogSports
sports books

Popular posts from this blog 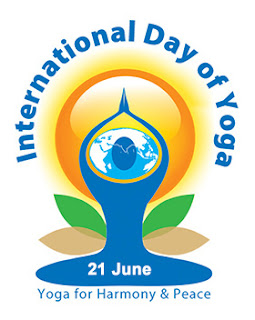 June 21 is the International Day of Yoga. Yoga is an ancient physical, mental and spiritual practice that originated in India. The word ‘yoga’ derives from Sanskrit and means to join or to unite, symbolizing the union of body and consciousness. During the global COVID-19 pandemic, the United Nations picked the  2021 Theme: Yoga for well-being . If you’ve been stressed by disconnecting through social distancing, maybe the integration of body and mind that yoga promotes may be good for you. sports books | spirituality books
Read more

Carl Nassib comes out as Christian